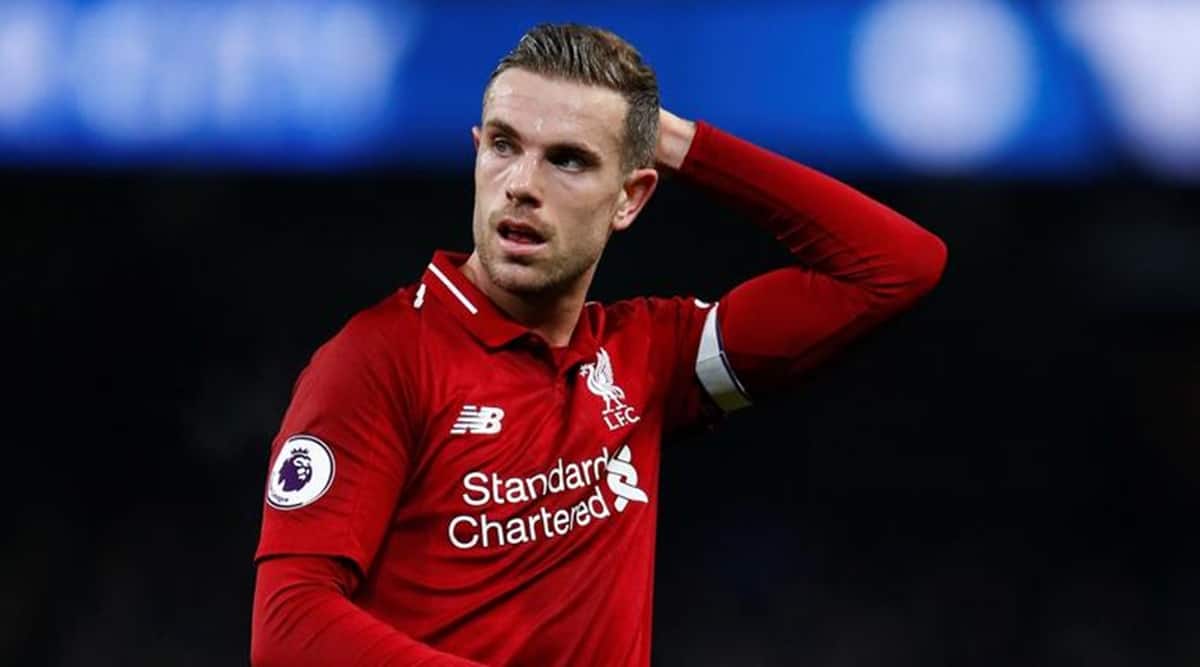 Jordan Henderson will be assessed when he returns to England. (Reuters)England midfielder Jordan Henderson was withdrawn at halftime against Belgium due to tightness in his leg, manager Gareth Southgate said, casting doubt on his availability for injury-hit Liverpool this weekend.

Harry Winks replaced Henderson in the second half of England’s 2-0 loss in their Nations League group stage match on Sunday which ended the visitors’ hopes of reaching the finals.

“Jordan had a bit of tightness at halftime and felt he couldn’t carry on,” Southgate told reporters, adding that he was not sure if it was a hamstring issue.

Southgate said the Liverpool skipper will be assessed when they return to England.

Liverpool have had a number of regulars in their starting lineup sidelined with injury, losing defenders Virgil van Dijk and Joe Gomez after both underwent surgeries while Trent Alexander-Arnold withdrew from the England squad with injury.

The defence is threadbare with left back Andy Robertson also a doubt with a hamstring issue while Liverpool’s midfield is without Thiago Alcantara and Alex Oxlade-Chamberlain as both players recover from knee injuries.

Meanwhile, forward Mohamed Salah is set to miss Sunday’s match against Leicester City as he isolates after testing positive for COVLD-19

Southgate said Manchester City winger Raheem Sterling would miss their final group stage match against Iceland with a calf injury but would be available for the weekend.

The England boss, 50, also confirmed he had tested positive for COVID-19 last month.

“I did have the virus but I was fortunate,” he said. “It was not as serious as so many people in our country. It was not pleasant but it is all fine now.”