la liga: Barcelona affected the most by new salary cap in Spain – Welcome to Sportinglive
Skip to content

The salary cap for Spanish league clubs has been reduced more than $700 million because of the coronavirus pandemic. 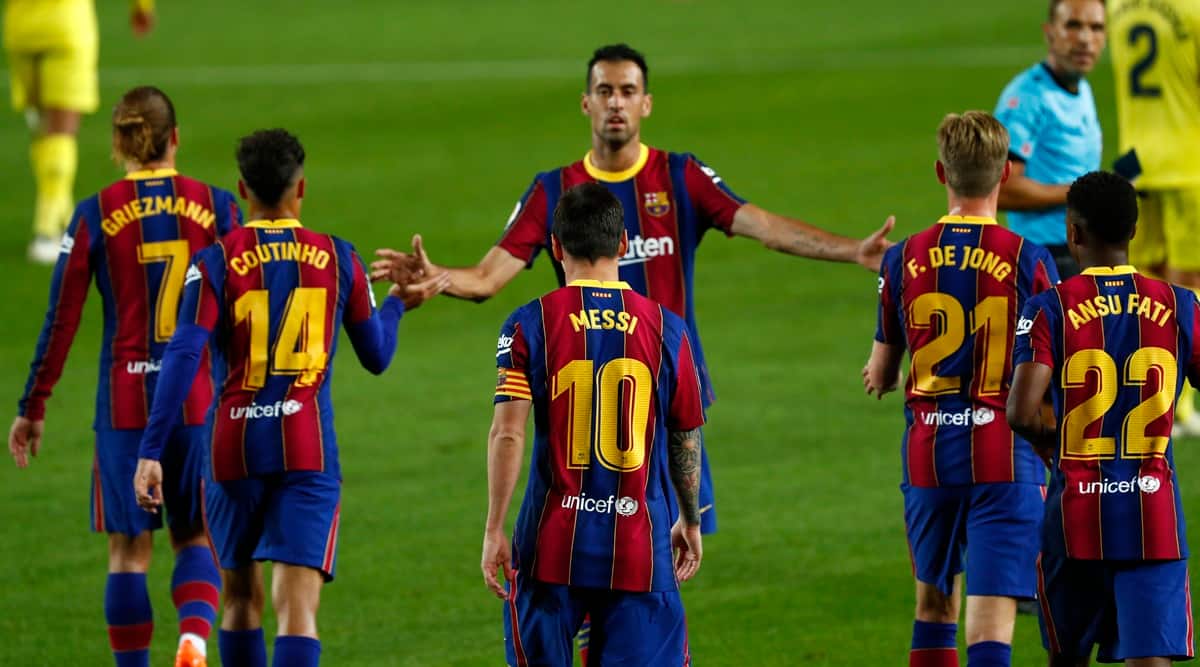 Barcelona’s Lionel Messi with teammates. (Source: AP)The salary cap for Spanish league clubs has been reduced more than $700 million because of the coronavirus pandemic, with Barcelona and Valencia in line to take the biggest hit, the league said Tuesday.

Barcelona and Valencia will be expected to make salary reductions of about 40% this season, with Real Madrid and Atletico Madrid needing adjustments of 27% each.

Because of the reduction, league president Javier Tebas said he expects a very quiet winter transfer market for Spanish clubs. He also warned that some of the effects of the COVID-19 pandemic will likely last for a few more seasons.

“It’s important we all understand that it will be difficult for new players to be joining the clubs,” Tebas said. “They are now looking to reduce costs. Some clubs will have to sell players or reduce their salaries. There’s no other choice.”

Tebas, however, said disciplinary action is not expected for clubs that go over the salary limit because of the unusual situation caused by the pandemic, but he warned that the clubs themselves would eventually feel the financial consequences of overspending.

The adjustments are part of the league’s longstanding financial control measures to reduce club debts and keep them healthy financially. Each club has a different salary cap calculated based on a series of factors that include revenues, costs and debts.

“It’s not that Barcelona and Valencia were not being well managed,” Tebas said. “They were affected differently than other clubs. No one could have foreseen this situation.”

Valencia sold several of its top players in the last transfer window, and Barcelona has been negotiating salary adjustments with its players.

Tebas praised all Spanish clubs and said they have been acting responsibly considering the current situation.

“Clubs are doing what they have to do, this is an unusual year,” Tebas said. “This is going to affect a few more seasons, but hopefully we will be in a better situation compared to other European competitions.”

Spain was the league that had the greatest reduction in spending in the offseason transfer market, 66% less than in the previous year. The Premier League had a reduction of 23%.

“Real Madrid and Barcelona have fabulous squads,” Tebas said. “But I would consider this a transition year, you can’t be as competitive as you have been in the past.”

Tebas said the return of fans to stadiums will be key to helping clubs start generating more revenue. He also noted that the Spanish league will continue to be at a disadvantage over other leagues because of tax issues and restrictions on advertising from online betting companies.