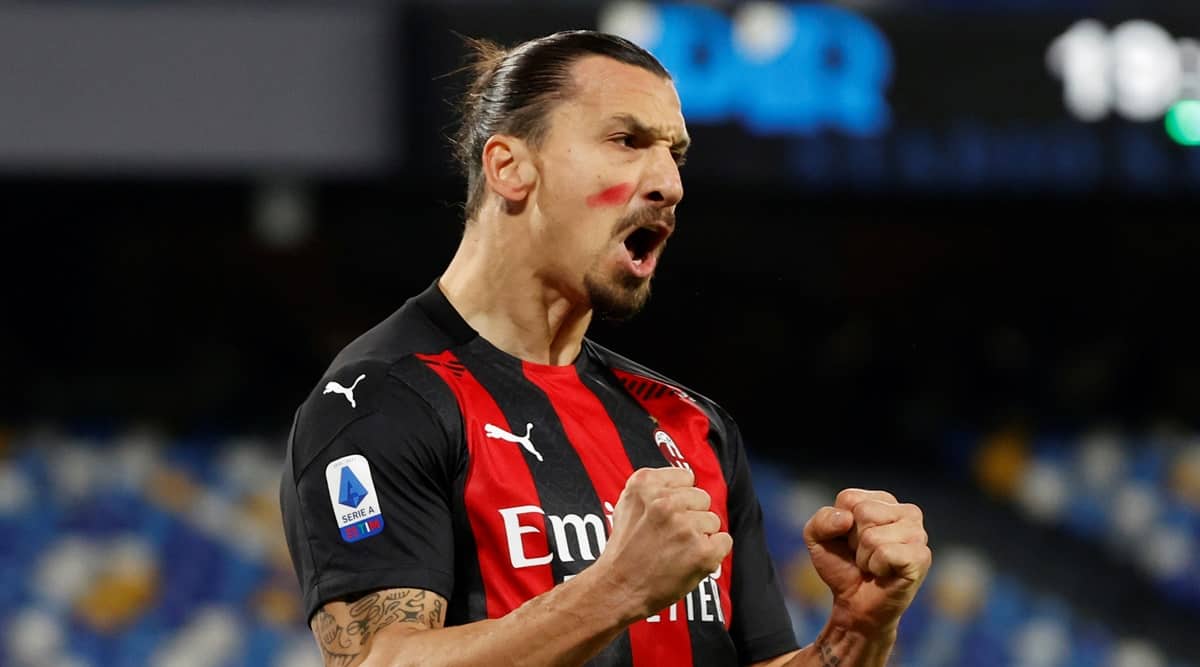 The 39-year-old Ibrahimovic scored twice to raise his total to 10 goals in six games played as Milan won 3-1 at Napoli on Sunday.

“He seems even stronger now than he was 10-12 years ago,” said Napoli coach Gennaro Gattuso, who teamed with Ibrahimovic when Milan last won the Italian league in 2011.

However, there was concern for Ibrahimovic when he exited toward the end clutching his hamstring. The Swedish superstar already missed two games this season after contracting the coronavirus.

“It looks like a muscular problem but we’ll have to wait a few days to understand the extent of it,” said Milan assistant coach Daniele Bonera, who was standing in for head coach Stefano Pioli, who has the coronavirus.

The Rossoneri again moved two points ahead of Sassuolo, which won 2-0 at Hellas Verona earlier to also remain undefeated through eight rounds.

Having also beaten Inter Milan in the city derby and drawn with Roma, Milan’s unexpected title credentials are growing week by week.

Milan finished no better than fifth the past seven seasons.

“It shows that we’re on the right track,” Bonera said. “But it’s really premature after eight rounds to talk about what might happen in May. There’s a long way to go.”

Ibrahimovic soared above Kalidou Koulibaly to head in from long range following a cross from Theo Hernandez midway through the first half.

After Giovanni Di Lorenzo hit the crossbar for Napoli, Ibrahimovic used his thigh to steer in another goal by the far post following a cross from Ante Rebic near the hour mark.

Dries Mertens pulled one back for Napoli less than 10 minutes later from close range after getting away from Alessio Romagnoli.

But Napoli’s comeback quickly lost steam when Tiemoue Bakayoko was sent off after picking up his second yellow card for a foul on Hernandez.

It is only Sassuolo’s eighth season in the Italian top flight and the team has never finished higher than sixth. But a Champions League spot is now in site for the Emilia-Romagna club.

Verona dominated the match, hitting the woodwork four times. But Sassuolo broke the deadlock three minutes from the interval and against the run of play.

Jeremie Boga latched onto Domenico Berardi’s crossfield pass and curled it into the far top corner.

Berardi got onto the scoresheet himself in the 76th minute as Verona players failed to close him down before he unleashed a shot that took a slight deflection to dip under the crossbar.

Sassuolo remained one point ahead of third-place Roma, which beat Parma 3-0.

Two late goals helped Inter Milan fight back from 2-0 down to beat Torino 4-2 thanks to an inspired Romelu Lukaku.

Both sides had players ruled out with the coronavirus. Torino was also missing coach Marco Giampaolo because of the virus and forward Andrea Belotti pulled out injured during the warmup.

His replacement, Simone Zaza, fired Torino in front on the stroke of halftime and Cristian Ansaldi doubled the visitors’ lead in the 62nd from the penalty spot after Ashley Young fouled Wilfried Stephane Singo.

Inter pulled one back just two minutes later as Lukaku’s shot came off the crossbar with Alexis Sanchez managing to fire in the rebound.

Lukaku then hit the post before turning in Sanchez’s cross.

And Inter’s comeback was complete six minutes from time when Lukaku converted a penalty after Achraf Hakimi was tripped in the area by Nicolas Nkoulou.

Inter sealed the match in the final minute when Lukaku ran down the left and rolled across for Lautaro Martinez to tap in.

Henrikh Mkhitaryan scored twice in an impressive first half for Roma after Borja Mayoral’s opener.

Mkhitaryan has now scored five goals in his last two Serie A matches.

Cesare Prandelli’s first match back in charge of Fiorentina ended in a 1-0 defeat at home to Benevento.