Manchester United are readying themselves for all possibilities once football is able to finally return amid the coronavirus pandemic, with the dawning realisation that fans may not be present until 2021.

The club are now considering a ‘doomsday scenario’ with supporters being away from Old Trafford for at least six months after football is given the green light, as reported by the Mirror.

It would mean the famous stadium would not see spectators present at a football match again until 2021, with players having to adjust themselves to the eerie situation.

Many leading clubs are understood to believe mass gatherings and a return to capacity stadiums of up to 75,000 fans may not happen until next year at the earliest, when a vaccine for the virus may be widely available.

It is reported that United’s financial planners are now in the process of building various strategies to copy with a long-term absence of crowds from Premier League games, in order to keep the club in a healthy position.

As the country searches for the best options in trying to return back to normality once the pandemic is brought under control, it is believed that large scale football gatherings will be among the last items to be given the go ahead by the government. 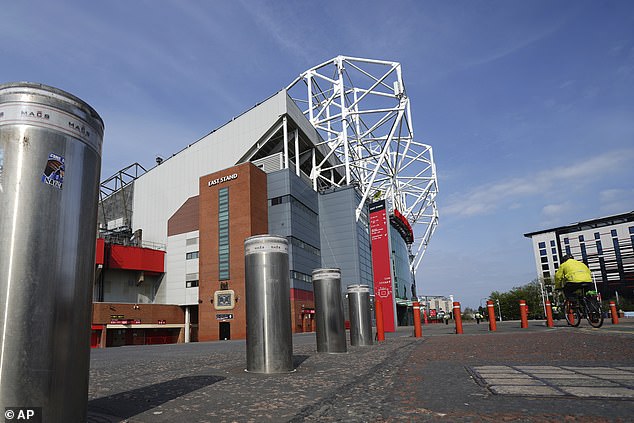 A United source told the Mirror: ‘The prospect of seeing full stadiums at Premier League grounds just isn’t going to happen anytime soon and clubs are aware of that.

‘It would be reckless if clubs didn’t budget for that happening. The realism is that the prospect of crowds returning to football is a long, long way off.’

United find themselves as one of the most financially powerful clubs in world football, and in a much healthier position that many of their rivals in the Premier League. 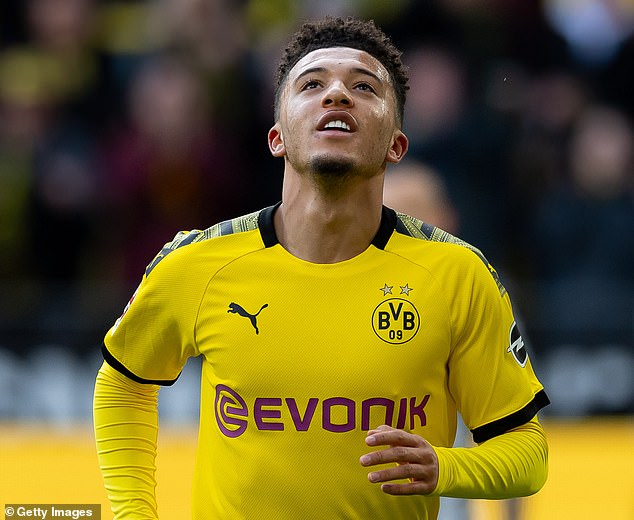 United are now budgeting different, with a huge move for Jadon Sancho now believed to be off

Nonetheless, the Red Devils have also felt the repercussions of coronavirus, which was highlighted by chief executive Ed Woodward publicly announcing the club’s summer intentions have changed.

Despite United initially planning a major rebuild with a series of star names on their transfer wish-list, Woodward delivered the bad news to supporters that lavish spending was off the agenda.

Woodward believes the impact of the coronavirus pandemic on football means the next transfer window will not be ‘business as usual’ in terms of blockbuster deals, with United now thought to be against pursuing huge deals for the likes of Jadon Sancho and Harry Kane.