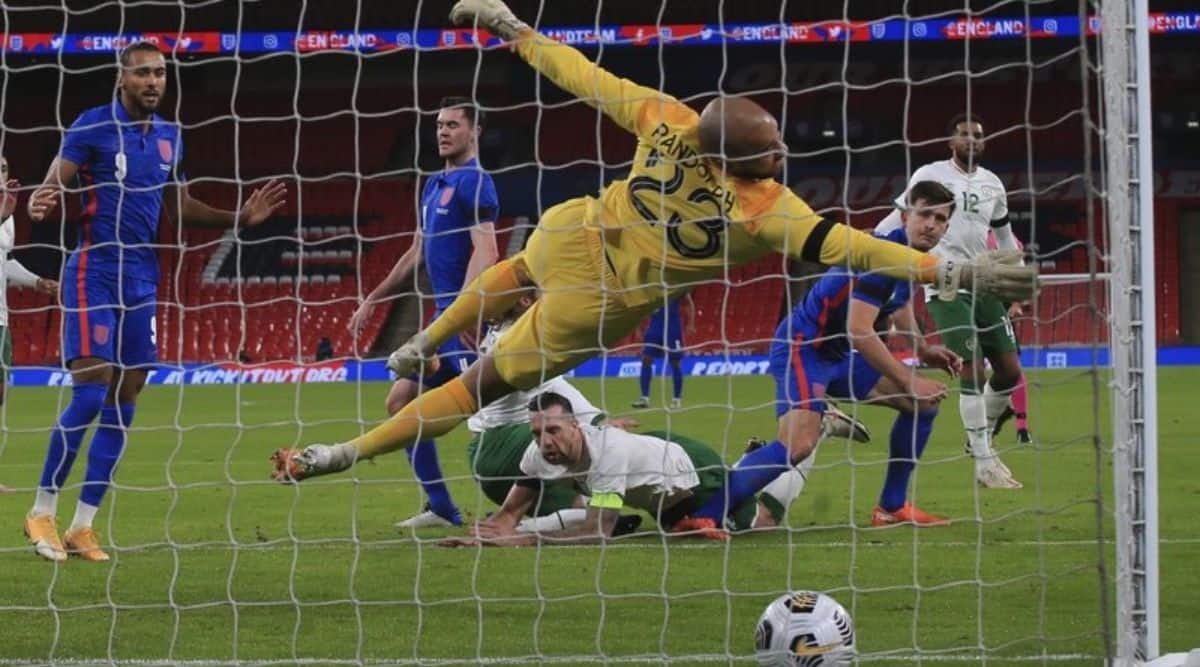 “We used the ball very well, created a lot of chances — could have been more comfortable if we’d taken some of those chances, but overall very pleased,” England manager Gareth Southgate said.

With Harry Kane rested, Maguire captained England for the first time — two months after being dropped from the squad over a legal case in Greece.

The Manchester United defender headed in his second England goal — following one at the 2018 World Cup — when he met Harry Winks’ cross in the 18th minute.

Sancho doubled the lead in the 31st. Jack Grealish played out to Sancho, who cut in from the left before firing a low shot through Ireland midfielder Jeff Hendrick’s legs to beat goalkeeper Darren Randolph down low to his left.

“Jadon and Jack — they’ve got the freedom to go either side of the pitch and try and create overloads,” Southgate said. “I thought at times both of them did that really well. Of course, as soon as they are turned and running at people, they are a real problem for the opponent.”

It was Ireland defender Cyrus Christie’s foul on Bukayo Saka which created the penalty that Calvert-Lewin converted from in the 56th.

The victory was comfortable preparation for the final Nations League group games away against Belgium on Sunday and at home to Iceland on Wednesday.

Conor Coady and Marcus Rashford have now been ruled out of both games.

Coady is self-isolating after discovering he came into contact with someone who tested positive for the coronavirus through the national tracing system, despite the Wolverhampton Wanderers defender testing negative twice recently.

Rashford won’t link-up with England to allow further treatment on an injury at Manchester United.